Craniosacral therapy (CST) is a gentle and non-invasive practice that involves the whole body. The practitioner is specially trained to work with the spine, skull, cranial sutures, and fascia to detect disturbances in the cranial sacral rhythm. These disturbances can indicate dysfunction elsewhere in the body, which the therapist can help address. 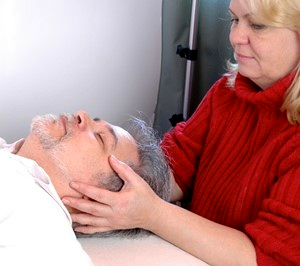 From infants to seniors, craniosacral therapy has proven to be beneficial for a variety of issues, including: infant latching in breastfeeding, learning disabilities (such as attention deficit disorder and dyslexia), autism, migraines, TMJ, insomnia, and depression.

Research is also focused on the affects of CST on people living with dementia and Alzheimer's disease. Claudia Parkinson, NHPC massage therapist and CranioSacral Therapist, recently returned from the Upledger Institute in Florida where she participated in a research study on this topic.

Claudia was drawn to CST when she received the treatment for an injury she obtained while horseback riding. For years, she lived in pain and had difficulty walking. Claudia tried many treatments to aid her recovery, but it was when she finally received craniosacral therapy that she felt a real shift in her body and started feeling better.

Now, Claudia's passion for CST lies in her own success with the treatment, as well as her intuitive connection with the practice. "I really know what I am doing," explains Claudia. "When I have my hands on a client's body I am deeply in tune with its structures and imbalances. That is what makes it so effective."

What is the Difference Between Dementia and Alzheimer's?

Dementia is described by the Alzheimer Society of Canada as a broad term that refers to a set of symptoms that are caused by disorders affecting the brain. These symptoms can include memory loss, difficulty retrieving information that is necessary to perform daily activities, and changes to mood and behaviour.

Dementia is progressive. The symptoms described will get worse as brain cells become damaged and die.

Conversely, Alzheimer's disease is fatal and affects all aspects of a person's life, including how they think, act, and feel.

Alzheimer's disease is a cause of dementia, but is not the only one. Other causes of dementia include brain injuries and tumours, hormone disorders, severe infections, and drug and alcohol abuse.

Craniosacral Therapy for Dementia and Alzheimer's

Claudia has extensive knowledge in treating clients with dementia and Alzheimer's disease. She trained under Michael Morgan, a global leader in CST research and education, who then offered her the opportunity to participate in the intensive research project at the Upledger Institute.

While her observations of that study are confidential, Claudia did explain the research participants — who all have dementia — each received craniosacral therapy from three practitioners simultaneously, for five to six hours per day.

An interview with Michael Morgan by Psychology Today explains how craniosacral therapy aims to ease dementia.

Research into the positive affects of craniosacral therapy on patients with dementia has found that those who receive the treatment have an improved quality of life, including lower levels of dependency and depression, decreased anxiety, and increased social behaviours. 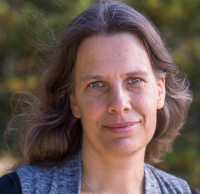 Claudia grew up in Germany where she trained as a nurse and explored different kinds of complementary and alternative medicine. She moved to Canada in 2002 after graduating as a Practitioner of the Healing Arts in Germany.

Claudia has been a member of the NHPC since 2013. She is a massage therapist and CST practitioner. She became an Upledger Certified CranioSacral Therapist in May 2018.