When news of the Fort McMurray evacuation order was announced on May 3, 2016, many Canadians were in shock to hear that a wildfire had the potential to engulf an entire city.

It seemed unimaginable how 60,000 people could leave behind their homes, pets, and irreplaceable items in a matter of hours, driving bumper to bumper through darkened skies as flames edged closer to the side of the highway.

It came as no surprise to the NHPC that members were trying to organize their own relief efforts by offering free massage and holistic health therapies to evacuees and to the firefighters trying to stay a step ahead of the largest fire in Alberta's history.

Although the evacuation was carefully controlled, the days following were understandably filled with disbelief, panic, and disarray as evacuees scrambled to find a roof over their heads, food to eat, and clothing to wear.

In the first week, many evacuee sites in Edmonton were not allowing outsiders, including volunteers, so finding the right space to provide some much-needed stress relief proved to be difficult.

As time passed, NHPC members came together with members from the Massage Therapist Association of (MTAA) and the Remedial Massage Therapists Association (RMTA) to give complimentary treatments to Fort McMurray evacuees from May 17 to May 19 in Edmonton and on May 16 and 21 in Calgary.

Volunteers came from all over Alberta, and one member came all the way from Cranbrook, BC, choosing to camp while in Edmonton! Over 100 Fort McMurray evacuees stopped in to Bellevue Community Hall in Edmonton, and over 60 in Calgary. 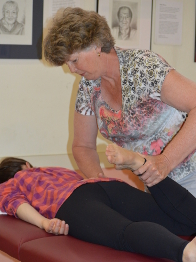 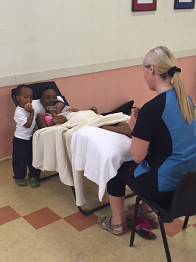 Each and every evacuee had a different story to tell. They all had their own unique evacuation experience and personal hardships, but there was also a lot of hope and gratitude for those trying to help.

There were displaced oil sands workers waiting patiently to hop on a flight and get back to work. There were families of every size, each getting their own time on the practitioners table and enjoying the ability to clear their minds and focus on themselves. 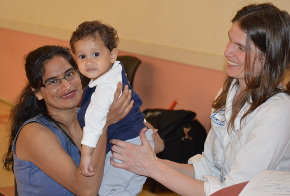 There were many different kinds of practitioners and it allowed evacuees to try treatments they might not have tried before like reflexology, Reiki, CranioSacral Therapy, Jin Shin Do, massage therapy, and an Edu-K based treatment to help with trauma.

Thanks to so many amazing healing hands, both the Edmonton and Calgary evacuee events were a huge success.