How Holistic Health Can Benefit the National PTSD Crisis

Recently, tragic events have turned the spotlight on the devastating consequences of untreated Post-Traumatic Stress Disorder (PTSD). An Iraqi-war veteran killed five people in the Fort Lauderdale airport. Lionel Desmond, an Afghanistan war veteran, murdered his wife, mother, and daughter and then killed himself.

These are just some headlines. With potentially devastating consequences, every day PTSD prevents people from all walks of life from leading healthy lives.

At least eight Canadian first responders, including police officers and paramedics, have committed suicide as a result of their PTSD in the past year. PTSD diagnoses have doubled for the largest Canadian police force in the last five years.

Since the start of the Afghanistan war mission, 54 Canadian veterans have taken their lives since they have arrived home. Overall, 158 soldiers died in combat. 54 suicides is an alarming 34% of the overall combat death total.

However, not only first responders and war veterans suffer from PTSD. From celebrities such as Lady Gaga, an outspoken advocate for PTSD awareness, to jurors, PTSD is an illness that impacts everyone, everywhere. It is estimated that 9% of Canadians, 18 years and older, suffer from Post-Traumatic Stress Disorder.

CranioSacral Therapy is an approach where practitioners use their hands to release built up tensions within the body, associated with the craniosacral system (the liquids and membranes that support the functionality of the brain and spinal cord). 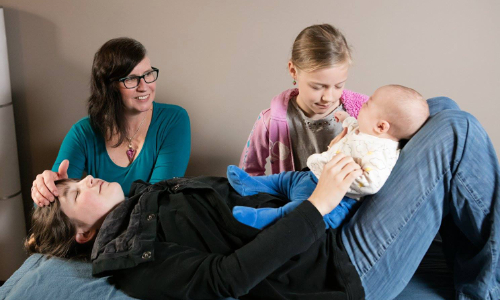 Studies have shown CranioSacral Therapy successful in treating the symptoms of PTSD. In one study, which analyzed the effects of using CranioSacral therapy to treat the PTSD of 38 Tibetan ex-political war prisoners, it was found that the anxiety and somatic complaints of those who received treatment reduced significantly.

Qigong (chi kung) is a Chinese medical system that stimulates or regulates the flow of energy in meridians by using specific, focused physical breathing techniques. Qigong uses a combination of moving, stationary, and breathing exercises to increase strength, resiliency, and vitality. 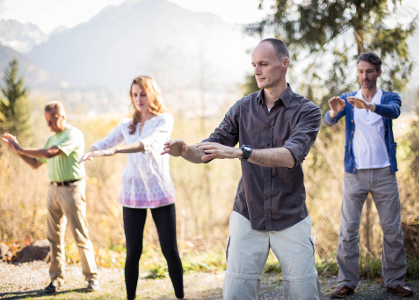 Several studies have found that Qigong can reduce PTSD symptoms such as anxiety, stress, tension, depression, anger, fatigue, and confusion.

In another study that used Qigong movement therapy and other mind-body techniques to treat PTSD, patients with chronic back pain found that pain ratings lowered significantly after treatment.

Another study found that Qigong reduced long-term anxiety symptoms of those with PTSD and complex regional pain.

Yoga is possibly the most popular and recognized forms of holistic health therapies for those with PTSD. 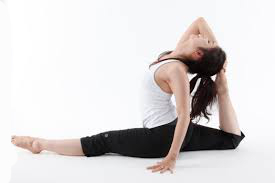 One study that analyzed the effects of yoga on 64 women with chronic, treatment- resistant PTSD found that yoga may help PTSD victims develop coping mechanisms for the physical and sensory experiences of the trauma they experienced.

Yoga's effectiveness in treating PTSD symptoms is comparable to psychotherapeutic and psychopharmacologic approaches. Particularly, it has been found to be helpful in treating possibly the highest population of PTSD suffers, war veterans.

A recent study done by Stanford University, which involved Iraq and Afghanistan war veterans with PTSD, evaluated the effects of Kriya Yoga breathing exercises on the participants for a week. Kriya yoga, unlike other yoga styles, emphasizes the breath, over performing certain postures.

After a week, it was found that PTSD symptoms, such as anxiety, startle response reactions, and high respiration rates reduced significantly. Overall, participants also experienced less flashbacks and memories of the traumatic event that triggered their PTSD.

Tai Chi focuses on physical strength conditioning, flexibility, resilience, mental focus and clarity, and on creating proper flow and balance of Qi throughout the body. 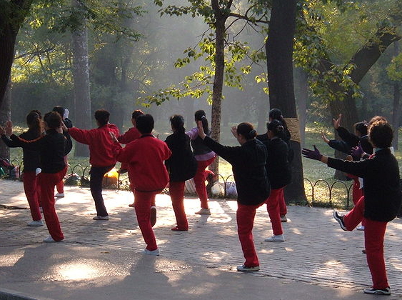 Various studies have found Tai Chi to be successful in treating PTSD symptoms. For instance, one study found seniors with PTSD had increased self-esteem, quality of life, and overall well being, with reduced distress and anxiety symptoms after Tai Chi sessions. It was also found to increase the quality of their interpersonal relationships.

How to Join the Conversation and Prevent PTSD deaths

PTSD is a mental health condition that is growing alarming in its scale of devastation to those with Post-Traumatic Stress Disorder and their families.

Recently, a British Columbia MP called for the development of a national strategy for PTSD treatment, after new alarming statistics of PTSD rates and suicides amongst Canadian veterans and first responders.

Organizations such as the Canadian Mental Health Association and national awareness days such as Bell Let's Talk are drawing attention to mental health issues such as PTSD and are encouraging the public to have open, honest discussions about mental health illnesses.

There is a need to promote the benefits of holistic health for mental health illnesses, such as PTSD. Dr. Chavez, a distinguished and renowned naturopathic researcher and clinician, said, "Now more than ever, practical, holistic and effective interventions for post traumatic stress are needed worldwide."