What is Feldenkrais? Part One

When your body doesn't understand itself well, it responds by tightening certain areas. 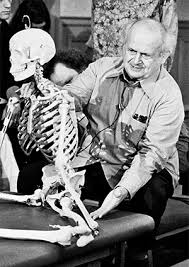 It is common for many people to struggle with aches and pains throughout the day, experiencing discomfort and tightness they might think is normal. However, when examining that pain from the perspective of a Feldenkrais practitioner, they may be surprised at what is causing it.

The Feldenkrais Method of Somatic Education (Feldenkrais) looks at the connection between the mind and body. It examines musculoskeletal conditions, issues within the nervous system, and recurring pain from repetitive stress injuries.

From there, the therapy stimulates the nervous system's innate sensory motor activities. The client, or "student," is taught to free themselves from habitual patterns, allowing new and effective patterns of thinking, moving, and feeling to emerge.

Students apply these new ways of thinking and moving to their future activities, promoting lifelong health and wellness. Through increased awareness, students are able to implement new ways to reduce pain, increase flexibility, and alleviate stress.

In Feldenkrais, movement is viewed as a reflection of the thought process. Therefore, all movement is an extension of the nervous system.

When you continuously perform intentional movements, you eventually reach a point where the efficient movements become automatic. This optimizes the functioning of both the physical body (muscles and tissues) and the systems within it.

A Feldenkrais practitioner does not view a tight hamstring as a muscle that is too short; rather it is a muscle that the brain has intentionally shortened. The physical feeling of tightness in the hamstring encourages you to explore and familiarize yourself with that muscle better.

Once you are aware of it, you are able to control it better. Students of Feldenkrais learn to be highly in tune with nuances of their physical body in order to achieve this control.

In treatment, the practitioner looks for patterns of both poor and optimal functioning within the body through manual touch and visual observation. Practitioners address the student's individual movements in the context of the whole-body unit, determining various ways they can complete poorly functioning movements with more efficiency.

The practitioner then teaches the student an alternative process that requires less effort and stress of the body, yet allows the muscles to lengthen.

What Ailments Can Feldenkrais Address?

Feldenkrais addresses a variety issues because of its application to the entire body. Musculoskeletal conditions, such as muscle tension and arthritis, benefit from enhanced methods of movement. Athletes are great candidates for Feldenkrais because students learn more effective ways to function in all performance-related activities.

General issues such as poor balance, sciatica, pelvic misalignment, and pain caused by injury are all positively affected by the Feldenkrais Method. People with issues such as post-traumatic stress disorder, anxiety, and depression can also learn ways to relieve mental suffering by connecting with and exploring the physical body.

Feldenkrais treatments are performed both in group sessions and one-on-one. Our next Feldenkrais blog will explore how treatments work and how you can incorporate Feldenkrais into your daily life.